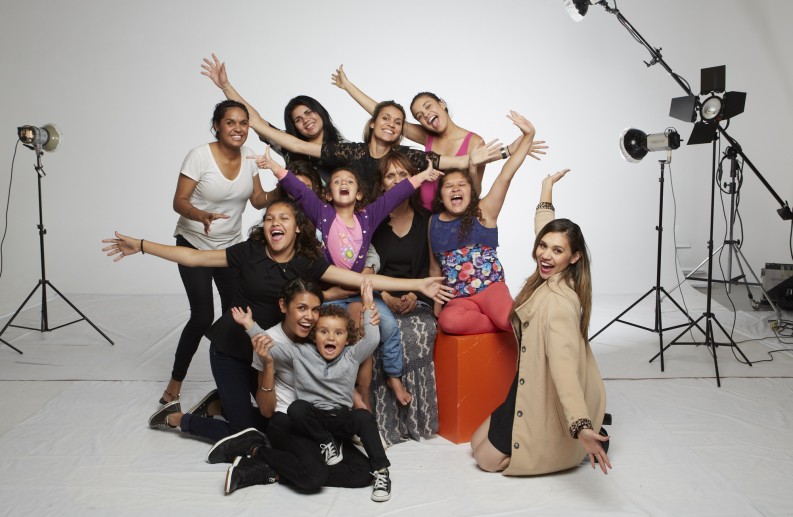 In 2004, a single punch rendered Daniella Borg a single mother. Her partner, Kevin Rule, the man with whom she shared a life and nine daughters, was killed by a coward punch. Their youngest daughter Hannah was only a few weeks old at the time.

Twelve years on, a glimpse into the Rule household in Western Australia belies this trauma: there is seemingly little trace of the enormous personal challenge Borg and her nine girls have faced.

Aside from raising her daughters, who are aged from 30 down to 12, Borg finished her secondary education and has gone on to study for a BA Social Science at Edith Cowan University. She also works as Aboriginal Indigenous Education Officer at the same school her youngest daughters attend and is responsible for the care and wellbeing of the 150 Aboriginal students.

We learn this in the first episode of Family Rules, an up close and personal television series being aired on NITV in January.

Filmed over six months, the observational documentary provides an exclusive insight into modern Indigenous family life through the eyes of nine sisters and their mother.

It is immediately apparent that these Noongar women – and this family – are unique. At the same time there is something universal about these young women navigating adolescence, teenage angst, peer pressure, all whilst trying to find their own identities – inside and outside the family.

The result is captivating and heart-warming television that will evoke tears and laughter.

The three eldest girls – Angela, Shenika and Helen (known respectively as ‘second mum’, ‘the enforcer’ and ‘the quiet one’) – all live within a five kilometre radius of their mother’s house with their own families. These young women are juggling the challenges of having young children and their own career ambitions.