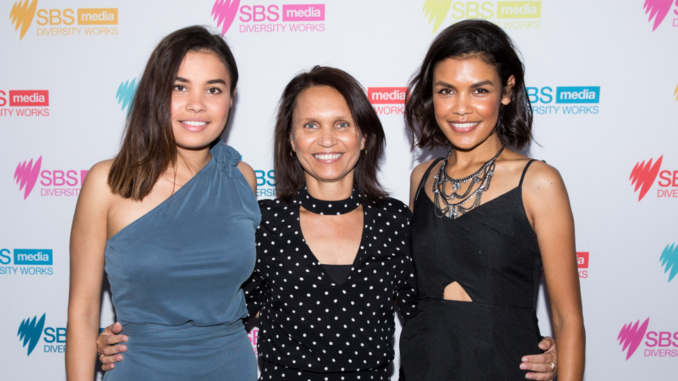 Let’s kick off the year with a show that ticks a few extra boxes, shall we?

Family Rules on NITV turns the camera on contemporary Indigenous women living in Perth. Right there you have a bunch of words that are already left behind by the majority of what’s on Free to Air.

But in this 6 part observational series produced by Metamorflix, we watch a family dynamic juggle personalities, daily life and individuality from an decidedly female-perspective. Cleverly, the series has just a dash of the Kardashians about it, with occasional tugs of war and reality tropes that makes it surprisingly accessible.

“The best thing about the Rule family is it’s big,” declares one daughter.

“There’s 9 of us girls and we’re crazy,” adds another.

But mum Daniella reveals, “My girls are my life. All 9 of them. They inspire me.”

Each episode profiles a different daughter (doing the sums, I guess 3 of them miss out). The premiere episode chooses 17 year old Aleisha, as she prepares for her Year 12 formal. With a bling dress and a silver hummer, it isn’t very formal, but it’s importance is no less significant.

Aleisha admits she has “the cheekiest mouth” of the sisters. She happily cakes on the make-up, loves social media and is known for being stubborn. Hey, she’s 17, who isn’t….?