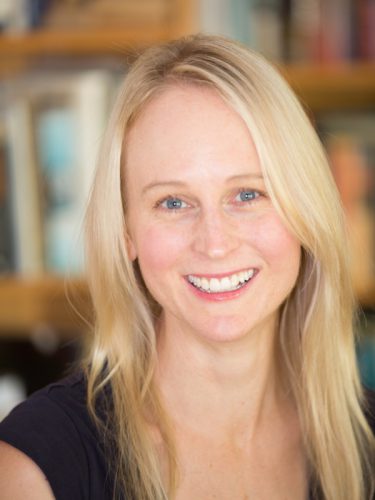 Renee Kennedy is an award-winning producer of factual / documentary television.  She is the Founder and Managing Director of Metamorflix.

She is an Executive Producer, Producer and Writer of documentary and factual television.

Before Metamorflix Renee produced a one-hour science documentary entitled The Silent Epidemic for SBS exploring the science of self-injurious behaviour, which won the 2011 ATOM Award for Best Documentary in the category of Science, Technology and the Environment. She also produced Constructing Australia: The Bridge (1x1hr), a dramatised documentary for the ABC, with award-winning writer/director/producer Simon Nasht.  Constructing Australia:The Bridgewon the 2008 Logie Award for Best Documentary, a Grenfell Award in 2007 and an Australian Writers’ Guild (AWGIE) Award in 2007.

Renee has overseen a diverse range of factual/documentary productions in her previous roles as Supervisor of Production at Beyond Fact & Fiction / Screen Production and before that, as Supervisor of Production at ScreenWorld.  Productions include Darwin’s Brave New World (Australia/Canada Treaty Co-Production), Food Investigators, Shintaro – the Samurai Sensation that Swept a Nation, Are You My Mother, Chopper Rescue 2, Law & Disorder, Outback Kids and The Years That Made Us: Australia Between The War.

Renee has an extensive background as a producer, line producer and production manager in both factual and drama production.

Renee’s other productions include The Hobbit Enigma, I’ll Call Australia Home, The Catalpa Rescue, Neil Perry: High Steaks, In the Line of Fire and The Choir.