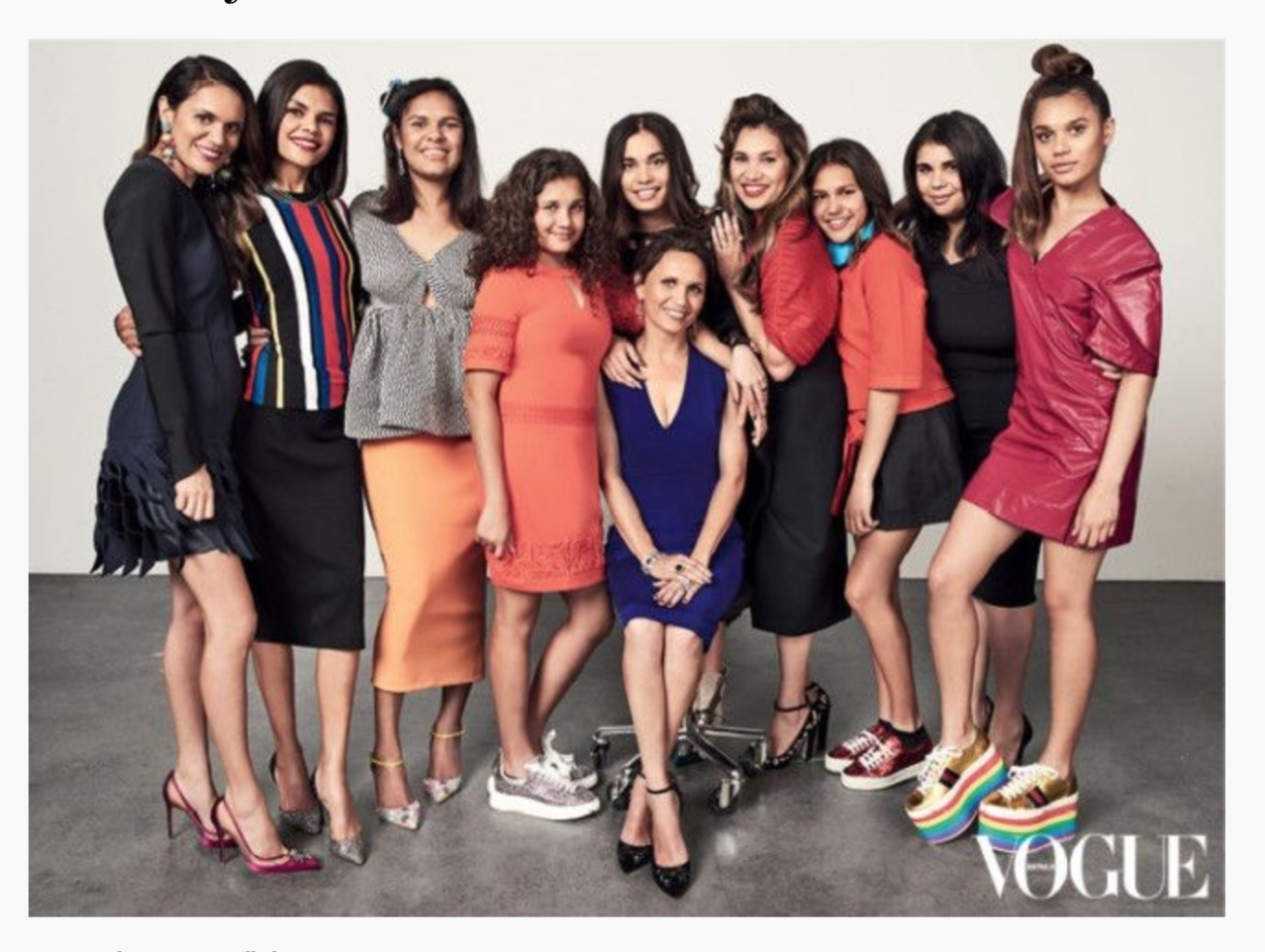 Meet the Rule family: single mum Daniella Borg and her nine daughters – stars of the new six-part series Family Rules (available on SBS Demand now) which is the best reality TV you’ve never seen. It is a fly-on-the-wall look at the fun, crazy, loving family of 10 Indigenous women, who were shot exclusively for Vogue Australia’s March issue, on sale February 13. Here is a sneak peak of the interview and shoot:

Vogue: Daniella – you’re a single mother to nine daughters and still smiling, what’s your secret? [Daniella’s husband Kevin was killed from a ‘coward punch’ in 2004 when their youngest daughter Hannah was only weeks old]
Daniella: “I’m getting a degree and working full-time as well! I’m really fortunate to have daughters who support me in the whole journey, so if I need to study they’ll come and make dinner, pull their weight. But there were plenty of times when no-one wants to do the dishes, they’re all lazy at the same time, but it balances out.”

How did you feel about cameras filming your every move?
Angela: “We’d done a documentary with NITV, Angela’s Rules about my journey as a singer-songwriter and how our family bond is so special and it captured a lot of moments about us being crazy, so it came about from that.”

Daniella: “We had our little get together to work out whether we wanted to do this but it was an opportunity we couldn’t turn down. The call times started anywhere from 6am, sometimes it was really demanding but even though we knew we had cameras in front of us, behind us, underneath us, we adapted very well to it. The family always has lots of fun together.”

You’re a close-knit family. Kiara you were one of the first to leave, moving to Monash University in Melbourne from Perth. Was that a tough decision?…