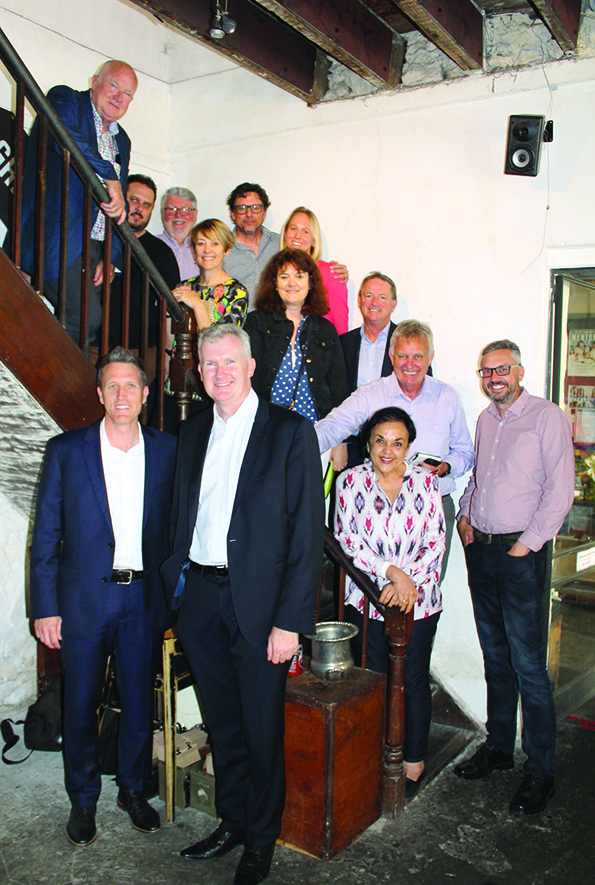 FREMANTLE film-makers produced more than 50 hours of content for Australian tellies in the last year.

It points to the port city being a powerhouse of WA’s film-making industry, but it could be even greater if producers could overcome the tyranny of distance, federal Opposition arts shadow Tony Burke heard last week.

Mr Burke attended a roundtable discussion with a dozen local film-makers who outlined the constraints facing the local industry and suggested ways to overcome them such as tax incentives and targeted funding.

Metamorflix director/producer Renée Kennedy says the inability to pitch ideas directly to potential customers hampers locals, which is exacerbated at this time of year when some eastern states turn to daylight saving.

“You get to work and you pick up the phone, but they are already thinking of lunch, so it’s hard to get their attention,” Ms Kennedy says.

She says it’s much easier to attract funding when you’re pitching an idea face-to-face, but for local producers that means an expensive flight and hotel accommodation has to be built into the cost. For eastern states producers, it might be little more than a quick jog down the street.

Despite the challenges, she wouldn’t swap Freo for her old home in Sydney, saying the opportunity to walk her kids to school and then to work was a major factor in basing her company in South Fremantle.

Ryan Hodgson from Factor 30 Films, which is based in Cottesloe, told the Herald recent cuts to Screen Australia and broadcasters such as the ABC had the most impact on remote film-makers.

“We have smaller capital, so it affects the financial capacity to prepare projects,” Mr Hodgson said, noting the substantial costs incurred before a single frame is produced.