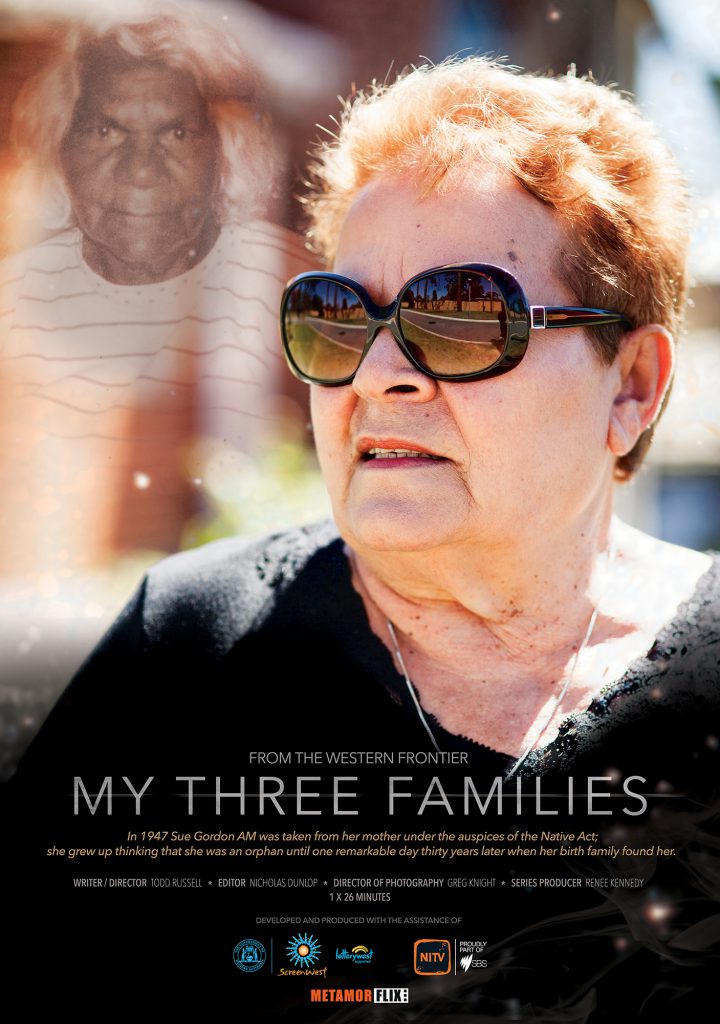 A documentary series featuring the individual stories of everyday Indigenous Australians who have a unique and inspirational story to tell.  These contemporary documentaries highlight how specific moments in time can change an individual’s journey, making them the person that they are today.

As a four year child Sue Gordon AM was forcibly removed her mother’s care under the auspices of the Native Act.  According to the Commissioner of Native Affairs she was quarter-caste and therefore “entitled to live and be trained as an ordinary white child, away from the possibility of Native associations.”  Sue was placed in the Sister Kate’s Children’s Cottage Home in Perth, Western Australia where she lived for the next fourteen years.  A combination of post-traumatic stress and institutionalisation meant that Sue came to believe that she was an orphan and any memory of her earlier years in Meekatharra with her mother and family were lost.  For thirty years Sue lived as an orphan; she started her own family and began to forge a remarkable career that saw her take positions in the Army, with NASA and in Aboriginal Affairs; then one extraordinary day her birth family found her and everything changed.

Selected for screening in the non-competition category