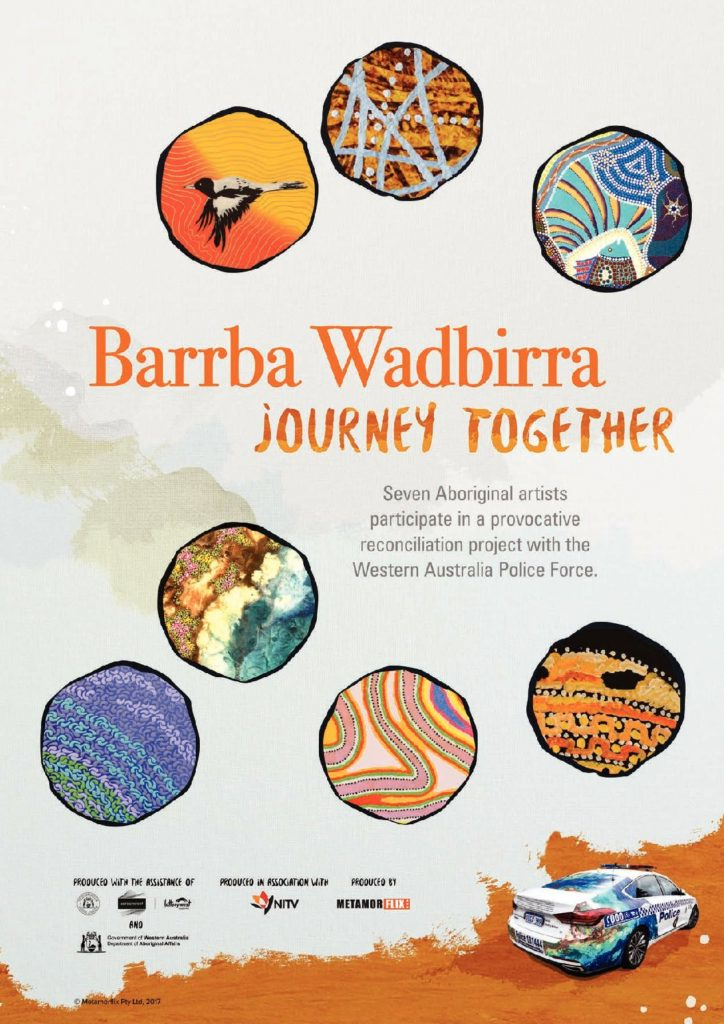 For NAIDOC Week 2017 the Western Australian Police Force adorned uniforms and police cars with the Aboriginal artwork.  The thought provoking initiative originated in the Kimberley with Bunuba elder June Oscar AO and Kimberley Police Superintendent Allan Adams.  It quickly spread across the state and the artwork of seven Aboriginal artists from around Western Australia were chosen for the initiative named Barrba Wadbirra: Journey Together.  This is the story of how two opposing symbols can be brought together to create new meaning and the possibility of change.