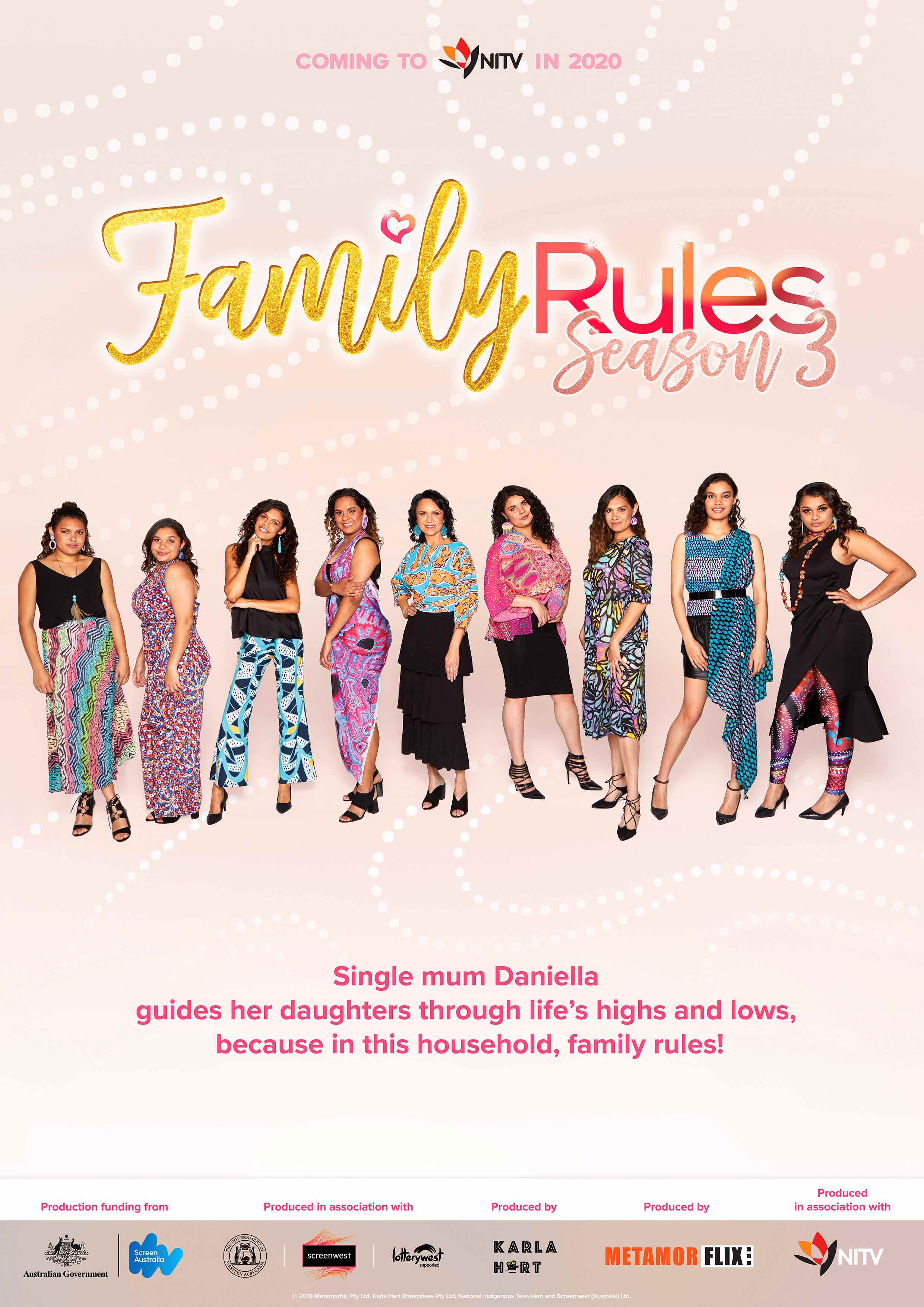 Landmark observational documentary series Family Rules, which follows Noongar mother, Daniella and her daughters, is returning to NITVin 2020 for a third season.

Members of the Rule family are celebrating important milestones – including a new baby and Daniella’s 50thbirthday. After having three sons, “daughter number two”, Shenika, gives birth to a daughter. Daniella, the matriarch of the Rule family, turns 50 and decides to go away on her own for a week, accepting an invitation to visit a remote Aboriginal community in the Western Australian Central Desert. Sharna discovers her inner strength through fitness and Kiara takes her daughter Bindi home to NoongarCountry. Aleisha explores working as a wedding planner andJessica stretches her wings as she turns 18.

A new baby is on the way and after three sons, the big news is that Shenika is finally having a girl.

Sharna decides to get a personal trainer and along with a few other members of the family, delivers powerful results after several weeks of dedication.

It’s time for Kiara and her new baby daughter Bindi to go back to Western Australia to see family and connect with their Noongar culture.

Having turned 18, Jessica’s world is opening up and she wants to take a gap semester and go travelling.

Aleisha considers developing a side-hustle as a wedding planner, trying her skills out by organising a girls’ weekend for the family.

Daniella marks her 50th birthday by travelling alone to a remote Aboriginal community in the Western Australian Central Desert.